Gates of Bronze is Philip Holmes’ inspirational and moving memoir of personal and professional triumph against the odds, of enduring love, written by a man who looked death in the face and vowed, “I will not give in.”

When Philip’s first wife, Esther Benjamins, took her own life in January 1999 he refused to be overwhelmed by grief and despair. Instead, he turned his back immediately upon a promising career as a British Army officer and set up a charity for Nepalese children to perpetuate Esther’s love and burning sense of social justice.

So began a remarkable spiritual and physical journey that took him to living in Nepal – a country of which he had no prior knowledge – in his bid to rescue hundreds of children from prisons, the streets and modern-day slavery.

Published and distributed by Juntara at £10.99 including a 10% donation to Philip’s charity, Pipal Tree. UK postage and packing is £3.25; rates vary for overseas destinations

Alternatively you can download a digital copy of the book from Amazon, using the button below. 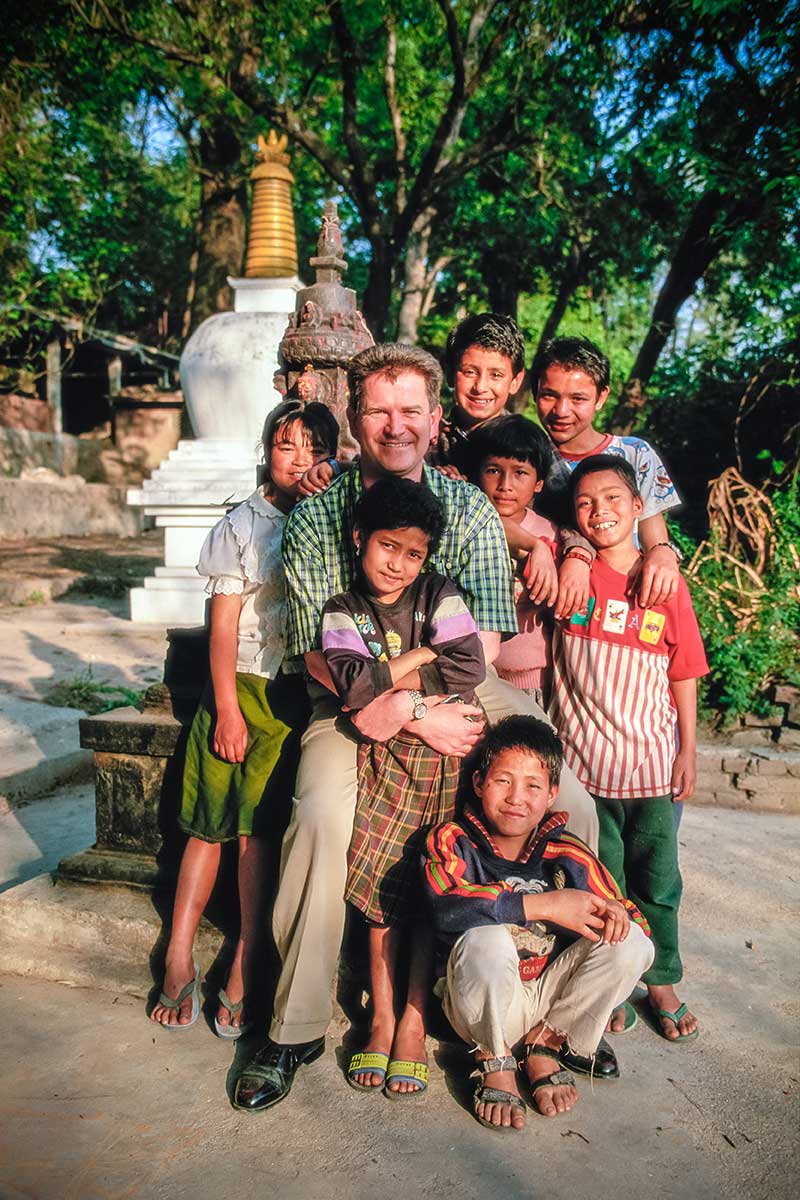 Through his charity, Philip has rescued well over 1,000 Nepalese children from abuse and exploitation. His current charity, ChoraChori is at the forefront of the fight against child rape in Nepal and he needs your help!

Philip's interview with The Times

and with the South China Morning Post (Hong Kong)